It is a fact that went unnoticed during the stay of the President in Rwanda during the summit of the African Union. Some circles within  the Rwandan community were wondering why the Guinea leader, Alpha Condé left the summit early and unhappy.

A group of teenager boys, wearing the pink prisoner’s clothes, walk outside of the prison. They are returning to the minors block. Minors in detention. Detention pending trial and after trial, when sentenced to prison.

Four young boys from Guinean are being held in different Rwandan prisons-they had hoped to benefit from a plea by Alpha Condé during his trip to Kigali. Not a chance, the head of the Guinean State who was stopped by our compatriots on the subject why he had refused to intervene in their favour.

Arbitrary detention and precarious condition of the Guinean prisoners

The four young boys are accused of ivory trafficking by the Rwandan police. For several months, they have languished in jails of Paul Kagame’s regime. They’re  Kaba Mohamed Camara Souleymane (Soul), Kallo Sidikiba and Mara Oumar. They are all from Upper Guinea, home of the Professor.

To believe our information, all starts when they are arrested and detained in different police stations. In prison, one of them is chained for 15 days. He and the other three only ate once a day with inappropriate foods for their health. In Rwanda, the organisations of human rights regularly denounce prison conditions “deplorable” for prisoners. In a report published in 2012, Amnesty International denounced the “torture and illegal detentions” in Rwandan prisons.

Held despite the release of court order

After two months of incarceration, the boys were brought before a court in Kigali. After reviewing their records, the judge pronounced a non-place and abandoned all charges against them. De facto, ordered their immediate release. Despite this judicial decision, the country’s police officers stalled and transferred the Guineans in other Rwandan prisons.

Alpha Condé  refuses to plead for his Guinean brothers

The 27th Summit of Heads of State and Government was held in Rwanda from 17 to 18 July. On this occasion, people of good will had hoped from the Guinea embassy intervention and of the head of state to end the ordeal of four detainees. Upon arrival, the Guineans in Rwanda were doing everything to have a one to one with Alpha Condé and end up getting an appointment with him. From the beginning, the Ambassador of Guinea in Kigali valiantly involved for a successful outcome to with the young boys but without success.

In Kigali, the Guinean number meeting the envoys

Exchanges started but when the spokesman of Guineans spoke of ivory trafficking charges against our the young boys, Alpha Condé threw a black anger and intimated to his guests to immediately leave the place. Guinean President to with his uncontrollable temper just broke the dream of the detainees. An attitude that surprised our brethren evolving land of a thousand hills. For, because of his emotional and impulsive reaction, Alpha Condé has not bothered to listen to his guests to explain the matter in depth. Moreover, these four detainees are from the same community as him.

“That happens all the time to Malinke who hoped an intervention on his part. They should not rely on that system to get out of trouble. They should rely on a democratic government because the country’s image, “says one official from the guinea embassy.

Unlike Alpha Condé, executives of the Ministry of Foreign Affairs and the Embassy of Guinea in Kigali met with the prosecutor to alleviate the harsh conditions of the detained young Guineans. 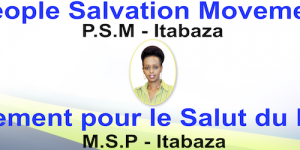